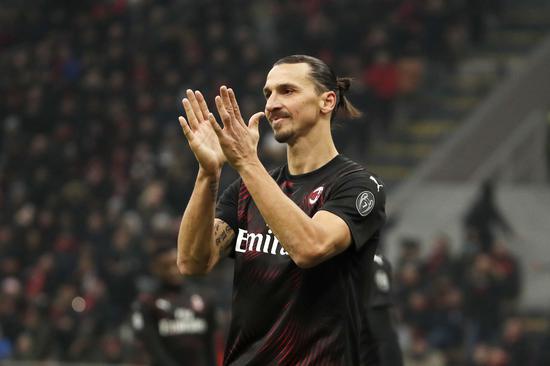 Live it on October 18th. In the fourth round of the Serie A, Milan beat Inter Milan 2-1 to start the league with four consecutive victories. Ibrahimovic, who represented Milan and scored all two goals in the game, spoke about his performance in this game and his expectations for the team in an interview with Sky Sports Italia after the game.

Ibrahimovic said: "Milan hasn't won a derby in four years. I stayed at home for two weeks, so I have a very strong desire to score goals. This has already been shown in the game. My sense of taste is a little broken. But I will be tested for the new crown every three days, and no one can stop me from participating in this derby."

"I was a little disappointed that the penalty kick was saved, but the most important thing is that Milan won. I am the oldest player in the team. I feel that I have a great responsibility. I like this feeling because my teammates follow me. Footsteps, as I am eager to win."

When asked if he was surprised by his performance in the game, Ibrahimovic said he was not surprised. He replied: "I know my level. After being injured, I went to play in the Major Leagues just to make myself feel. My existence still has value. I told Mourinho, who was the Manchester United coach at the time, that I was not ready yet and I didn’t want to disappoint the fans, so I went to the United States to play."

"Raiola asked me to go back to Europe. They told me Milan needed me, so I came to Milan.

"I train hard, play with experience, and my teammates are willing to help me. Whether it is training or competition, I can't accept any slack from them. We must devote ourselves to training with a 200% attitude."

When asked whether Milan can win the league championship after a perfect start, Ibrahimovic replied: "We want to continue the performance one after another. My goal when I first came to Milan was to help the team qualify for the European war. We did it.